Lat27 developed a strong post-industrial response to this former agricultural research facility and balanced this against the strong landscape qualities that include riparian influences and a diverse history of human interventions on the landscape.

ClientDepartment of Planning and Local Government

The Queensland Government, through the Department of State Development, Infrastructure and Planning (DSDIP), and Brisbane City Council collaborated to deliver the Yeerongpilly Transit Oriented Development. Ultimately, this urban renewal precinct will comprise over 1100 apartments and a mix of different uses such as shops, commercial offices, parks and plazas. The Plan of Development set a framework for the delivery significant benefits and amenity drawing on TOD initiatives, including:

The site’s Animal Research Institute (ARI), University of Queensland Veterinary School and World War 2 history is well documented and has provided much inspiration to the design team. This site was at the forefront of innovation and research as the first facility of its kind in Australia and Queensland’s first animal research laboratory. Notions of testing, diagnosis and the controlled, organised fashion in which this occurred are also relevant to the way that we considered organising the site’s public realm.

Lat27 developed a strong post-industrial response to this site’s former occupation as an agricultural research facility and balanced this against the strong landscape qualities that include riparian influences and a diverse history of human interventions on the landscape. The design process was underpinned by our appreciation of TOD strategies, in particular the importance of a high quality public realm and open space strategy to support higher density living typologies.

The underpinning organising structure of the Plan of Development is the combination of two site grids formed by the ARI buildings and the pattern of neighbouring residential development to the east. This structure delivers intuitive clarity to the public realm and engages existing facilities. Our addition to this structure was to reinforce the influence of the Brisbane River and to explore the intersection of these two systems through the concept of ‘river meets grid’. The Landscape Master Plan establishes a hierarchy of public realm typologies including parkland, event space, plazas, vibrant streets, a community green, historic gardens and a community garden.

Key initiatives within the Public Realm Master Plan included; a shaded pedestrian spine connecting and activating streets, generous parklands and public transport nodes. Central to the master plan is a one-hectare park that will feature a mixture of plants and grassed areas for picnics, relaxation and the opportunity for open-air events like outdoor cinema or events broadcast on big screens.

Following on from the preparation of the Plan of Development, Lat27 further developed detailed public realm concept designs for the first, fast tracked stage. Here, ambitious sustainability benchmarks were established against which all future design proposals will be tested. 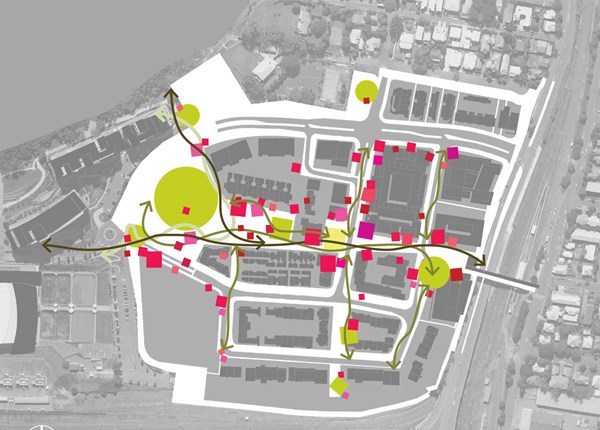 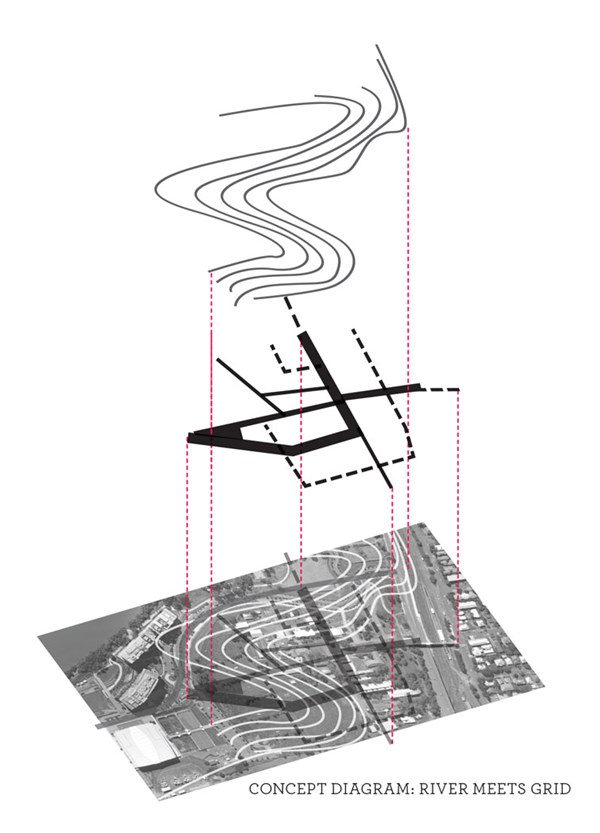 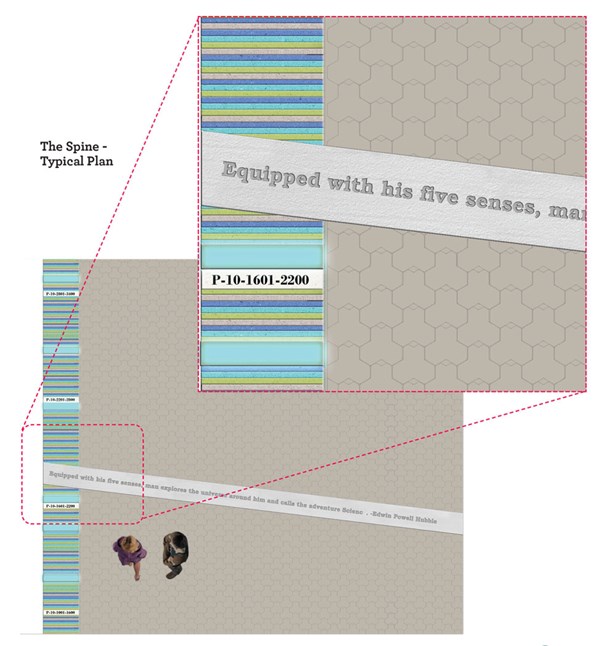 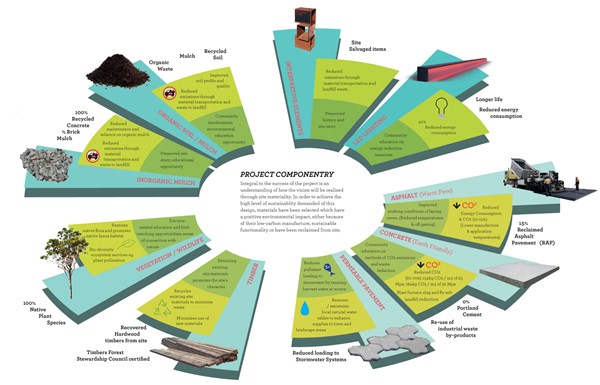 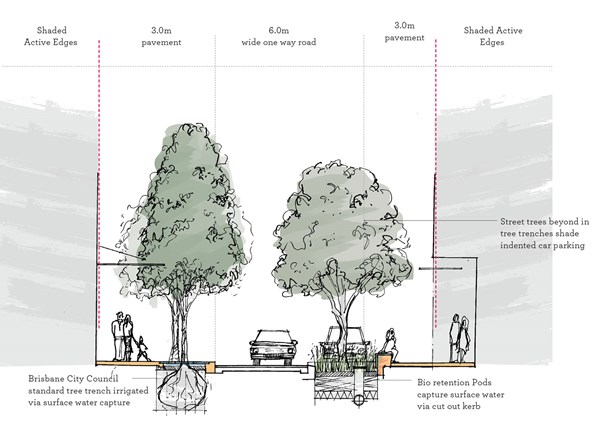 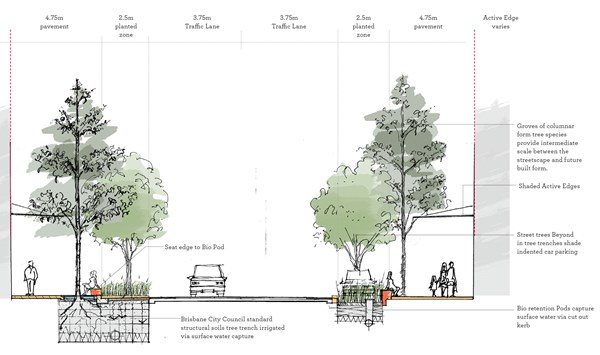 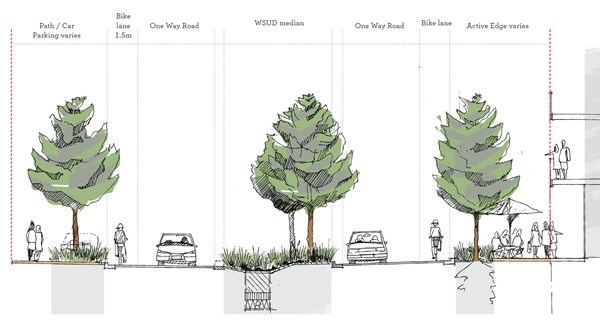 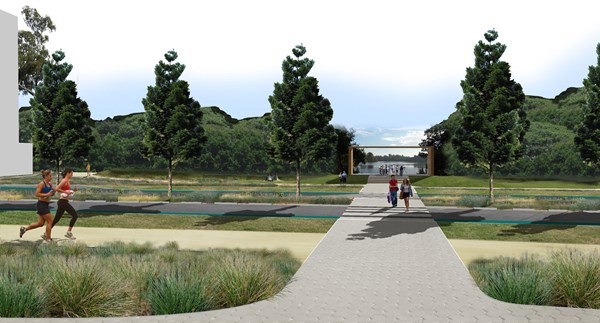