This 14 hectare mixed-use urban renewal project sits at the heart of the Gold Coast Health and Knowledge Precinct and performed a central role in hosting the 2018 Commonwealth Games athletes.

Grocon has now delivered this $550 million mixed-use master planned development at Parklands on the Gold Coast, featuring more than 1,252 dwellings with a mix of apartments and townhouses, a retail precinct and green landscaped spaces structured around a central public plaza, the ‘Village Heart’.

Lat27’s strategy for the entire site is inspired by the regional landscape’s evolution since Mount Warning erupted 23 million years ago. It is a celebration of the local environment incorporating new lakes, water features and waterways set up for both passive recreation and larger community events. 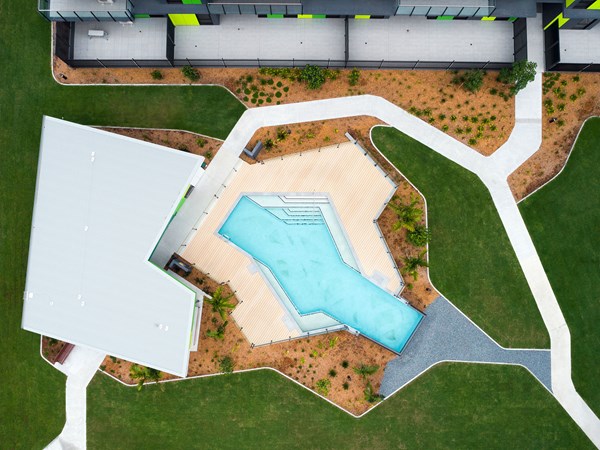 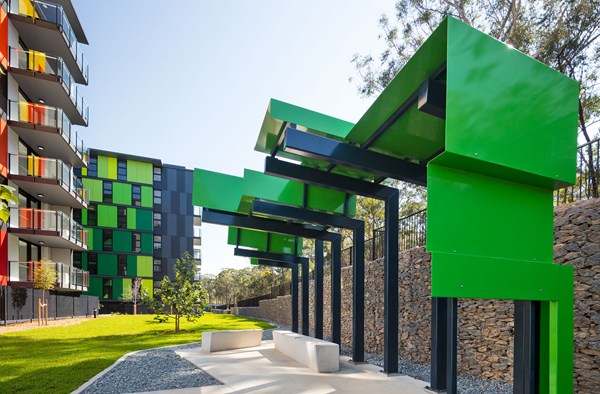 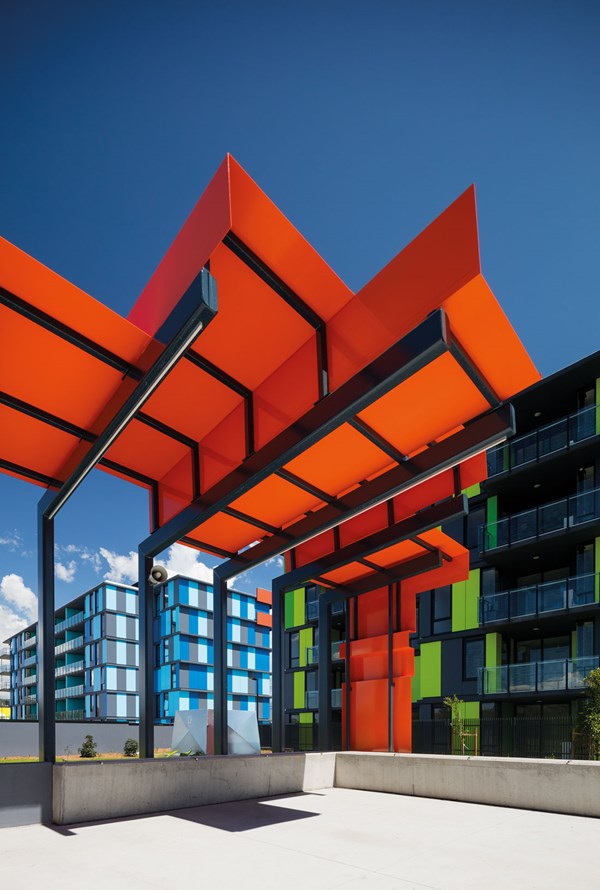 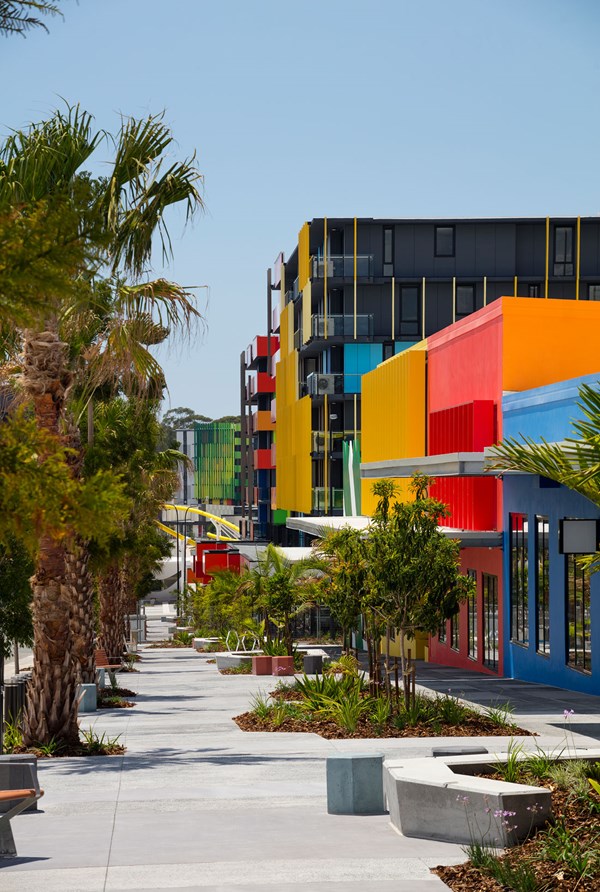 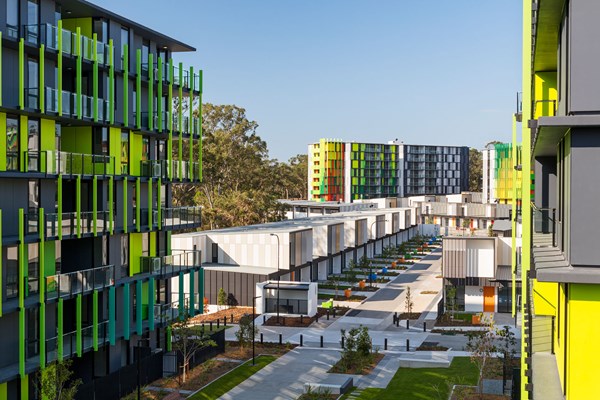 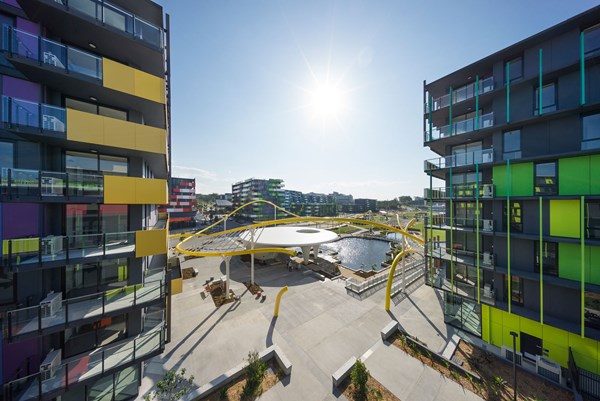 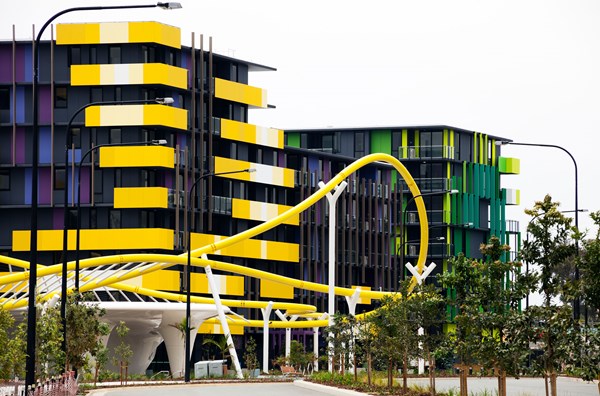 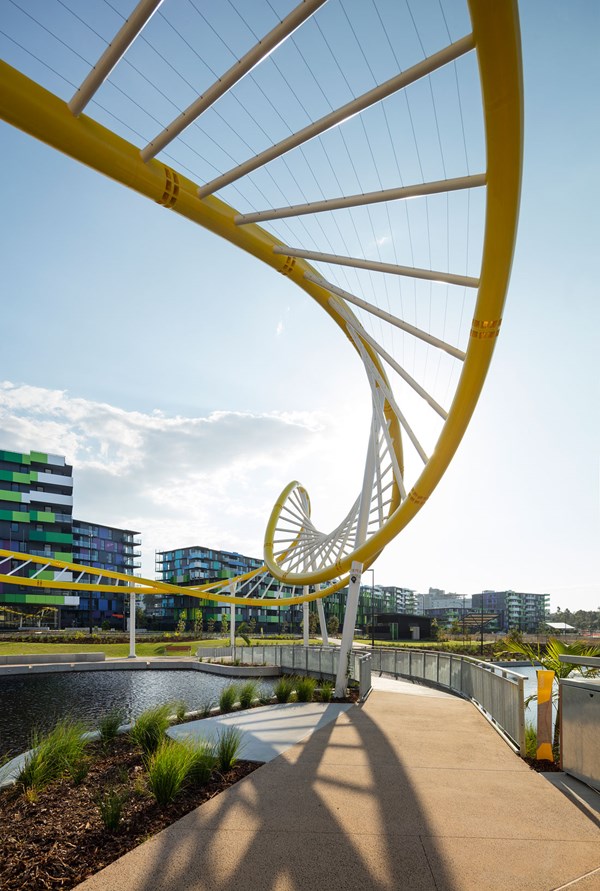 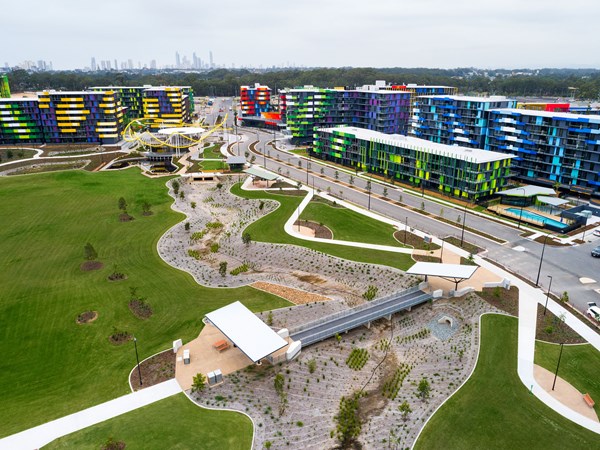 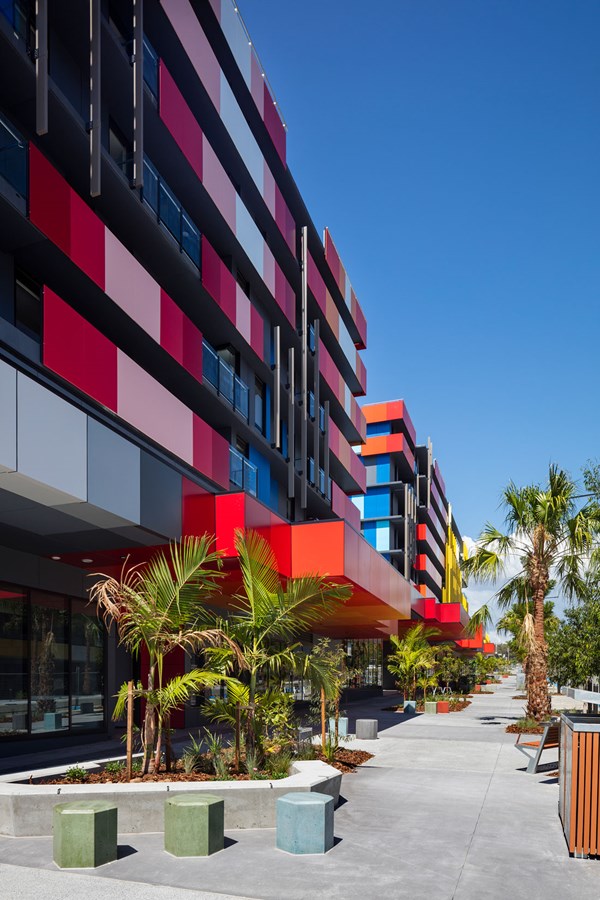 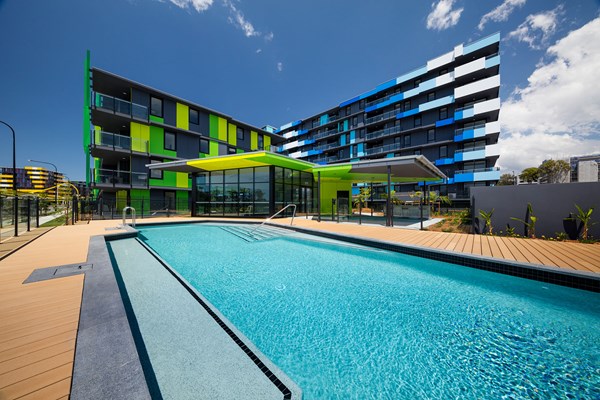