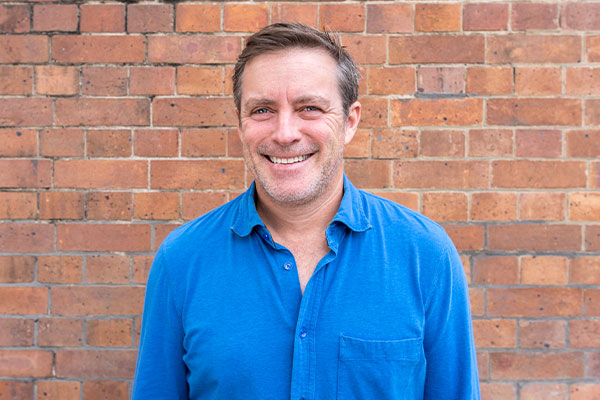 Damian has spent over 29 years designing public and private environments along Australia’s eastern coastline, including stints in the UK and Asia. His work spans across urban design and landscape architecture and he has enjoyed a long association lecturing and tutoring at Queensland University of Technology.

He has led and contributed to multi-disciplinary teams that deliver award-winning projects ranging in scale from intimate laneways through to major public parklands and urban renewal projects. Damian is passionate about site-specific, community-driven design outcomes and is one of the founding members of the floodofideas project.

In his previous position as design leader and Principal of EDAW he completed several projects of note including the Southport Broadwater Parklands, Tennyson Riverside Residential Development and Wuxi Central Park and CBD Masterplan.

In 2010 after a decade of working together, Damian, Nathalie Ward, John Ilett and Paul Druery formed Lat27.

In his previous position as a Principal of a global design company, projects completed of note in-clude: